I have been using Apple’s Smart Keyboard for the iPad Pro 9.7-inch intensively over the last few days and I’m quite surprised how useful it is. In fact, the iPad Pro has become a completely new device for me.

The Smart Keyboard is embedded into a cover, so you can carry it around all the time. This is really very practical. You don’t have to decide whether you take the keyboard with you or not – it’s just always there. It’s a little bit thicker than the normal Smart Cover though, but this isn’t a big deal at all.

The keyboard doesn’t have a battery because it connects with the iPad through the smart connector. So it also doesn’t need a Bluetooth connection. The smart connector is just available on the iPad Pros though, so that it’s not possible to connect the Smart Keyboard with other iPads.

The typing experience is very good! Though the keyboard is smaller than a normal one, I’ve got used to it very quickly. So I don’t see a big difference to using a normal one. And compared to typing on the screen, it’s so much better! It’s not only faster, but also the fact that the touch keyboard isn’t hiding half of the screen is a huge advantage.

There are a lot of shortcuts you can use. You can display all available shortcuts at the current context by long pressing the command key: 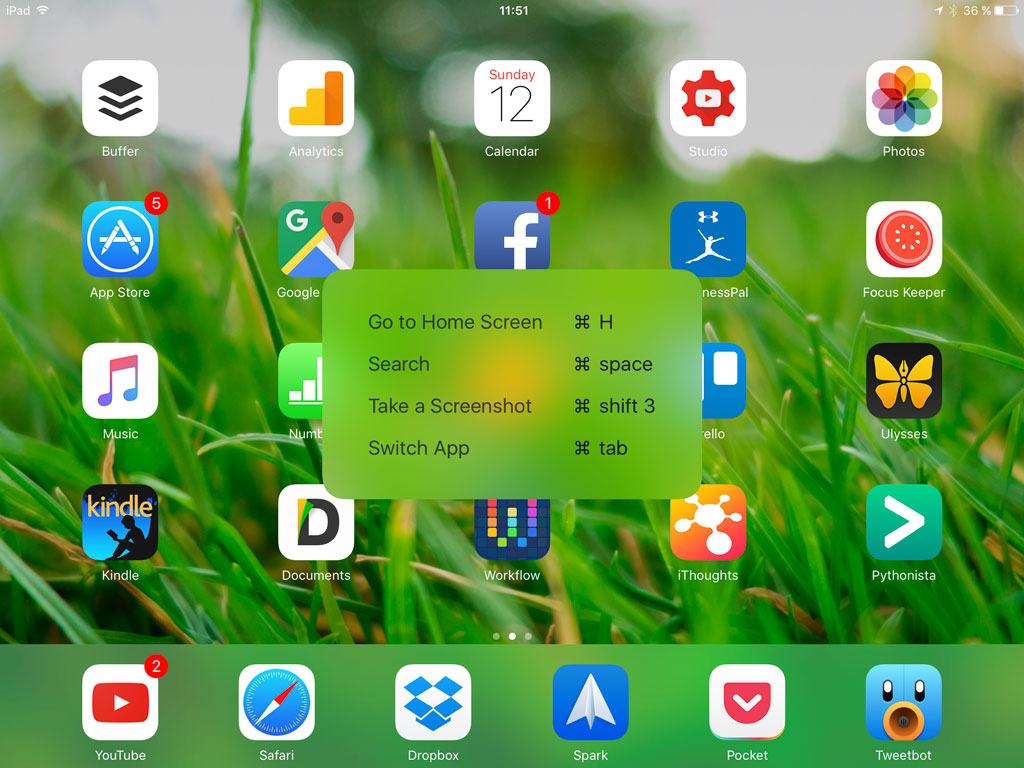 You can for example switch between applications by using CMD-tab and open the spotlight search by using CMD-space – just like on the desktop! Also most applications have implemented shortcuts, which make the workflow much faster: 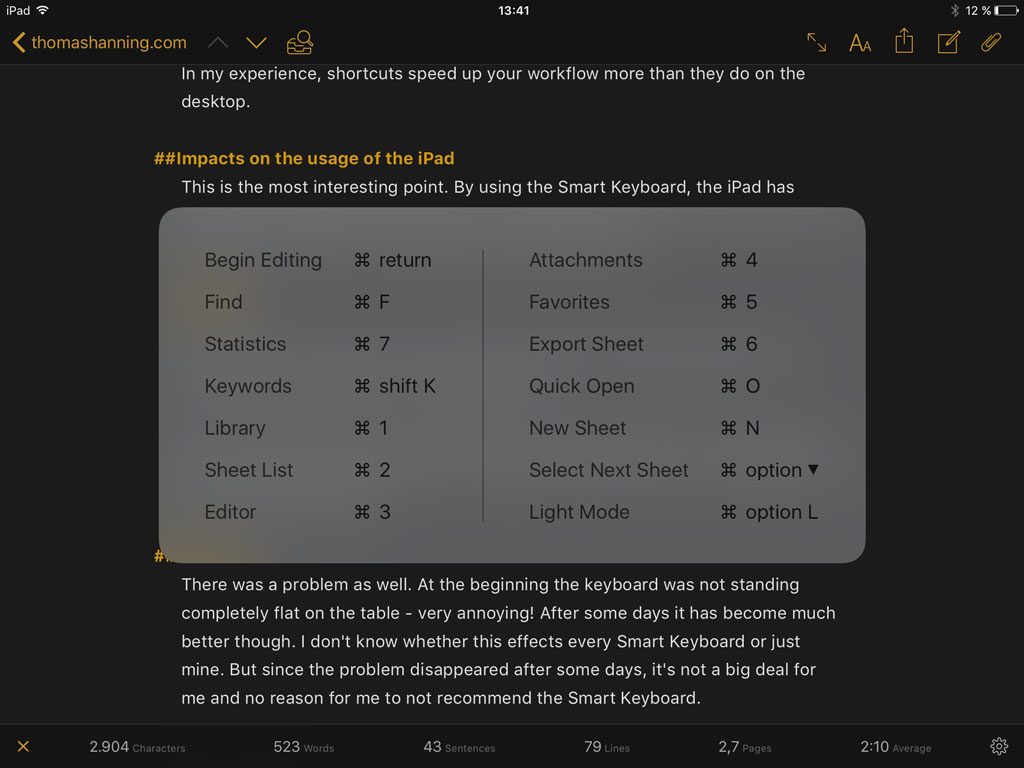 In my experience, shortcuts speed up your workflow more than they do on the desktop.

Impacts on the usage of the iPad

This is the most interesting point. As I said before, the iPad has become a completely new device for me! I’m using it much more for productive work than before. This post, for example, is written on the iPad using Ulysses: 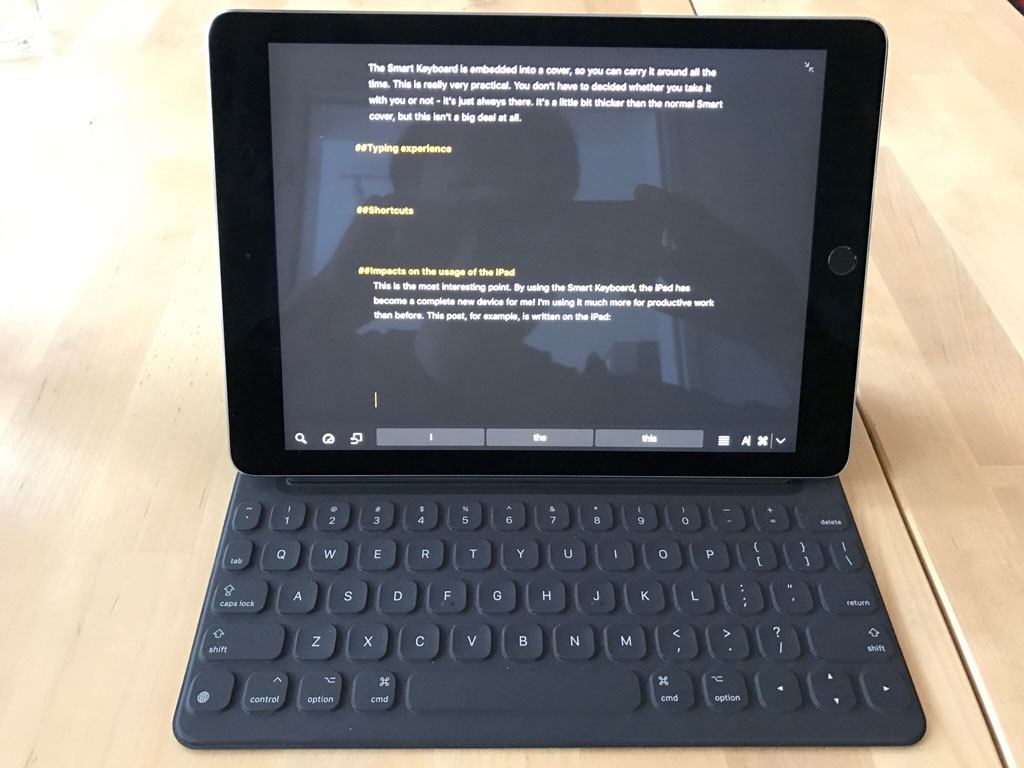 In this context I also have to think about an iOS version of Xcode. I do believe that this would be absolutely awesome – especially on the iPad Pro 12.9-inch. I can just hope that Apple is working on that. I’ve been using the Python editor Pythonista 3 for some time now, and I really like it to program on the iPad – especially with an external keyboard. So why not developing iOS apps on the iPad as well?

There was a problem I don’t want to hide: At the beginning, the keyboard was wiggling at little bit while typing – very annoying! I don’t know whether this effects every Smart Keyboard or just mine. But since the problem disappeared after some days, it’s not a big deal for me and no reason for me not to recommend the Smart Keyboard.

[thrive_text_block color=”blue” headline=”Conclusion”]There are of course a lot of other keyboards as well – and most of them are probably cheaper than Apple’s Smart Keyboard. And most points in this article are valid for them as well. However, I think Apple’s Smart Keyboard is the sweet spot between usefulness und portability.[/thrive_text_block]