With the keywords weak and unowned you can avoid so-called reference cycles. In this post we will discuss the differences between them.

As I’ve described already in my blog post “A Trick To Discover Retain Cycles”, it is still important to do some kind of memory handling, although ARC does most of the work for you: 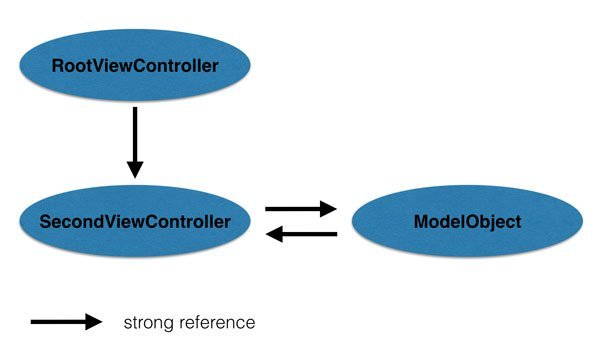 Now, if the SecondViewController is dismissed, it looks like this: 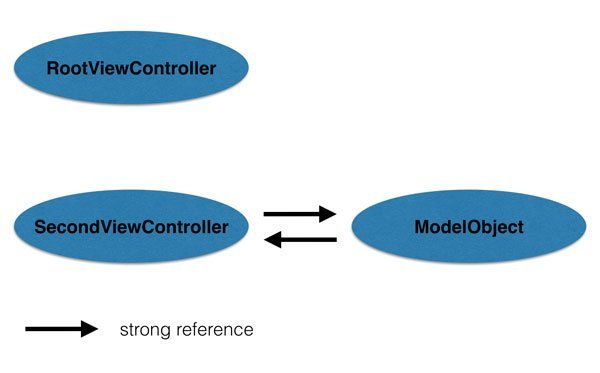 To avoid this behaviour, you can declare a reference as weak, which does not prevent ARC from deallocating the memory: 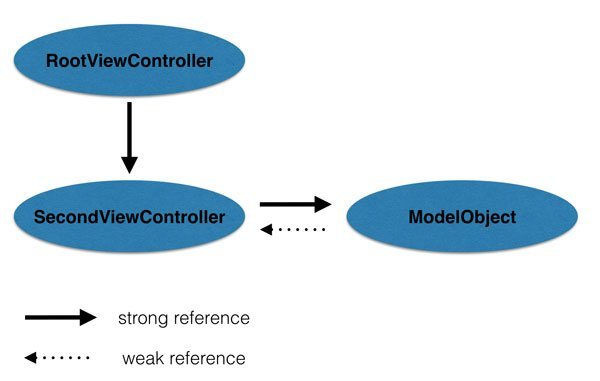 Because there is just one strong reference between the SecondViewController and the ModelObject, there is no problem anymore in deallocating the memory.

Depending on the property – optional or not – you have to choose between weak or unowned.